The Cannabis Stocks Report from 420DC.com shows a drop from recent weeks, a result of day traders spiking prices for quick gains. But the strength of the cannabis industry remains strong and most are in it for the long haul as the industry grows and matures.

This last week saw continued volatility in the cannabis stock market, but even a Reddit run on the cannabis sector isn’t enough to shake the value of the blue chips in the green space.

Why are pot stocks hot?

Multiple factors have made pot stocks all the buzz. First and foremost, cannabis stocks are expected to triple to $30B by 2025. And that estimate was made before the Democrats took control of Congress and the Oval Office.

After years of Mitch McConnell turtling any reform vote that got near his shell, weed investors now expect change. With progressives in control, there’s a strong hope for real federal cannabis reform.

House Majority Leader Chuck Schumer lead a push for reform in early February which began a rally that boosted stocks across the industry. Whether any forthcoming changes will involve decriminalization or legalization remains to be seen, but either would benefit the industry.

Cannabis industry growth is huge without legislation because weed is legal in Canada. So it’s no surprise that two Canadian giants in cannabis, Atria and Tilray, are merging to form the largest cannabis concern in the world.

The market is showing signs of maturity from the Mergers & Acquisitions (M&A) already underway. The next 12 months also prove to be even more consolidation. So most speculation in weed stocks focuses on the blue chips of the green market.

In an industry rich with innovation and success stories starting at the bottom, there’s powerful money to be made by watching closely. So check in often here at the 420DC guide to weed stocks to keep current with the latest in cannabis industry stock news.

Weed stocks have been stoked since being first traded in 2012. And favorable legislation dangles weed before investors like a carrot. Plus, big players in the industry are getting bigger through consolidation. But it’s smaller companies that often offer the biggest gains.

The cannabis market is growing and getting more crowded as the big companies squeeze available space. Consequently, no short-term Redditors day traded episode will eliminate the gains achieved over the last year. At best, they can just temporarily inflate them.

When and if legislation does happen in America, the cannabis stock market will become a thing unto itself as growth in all 50 states eventually occurs. It will be decades of growth with lots of actors creating lots of opportunities.

What weed stocks are hot

You need to check in every week because this is a question that changes that fast, often faster. The best advice to heed when you’re new to investing in cannabis stocks is to educate yourself, follow the news and learn to spot trends.

Becoming a savvy investor is as easy as you want it. With simple trading apps like e*Trade, Robinhood, Stash, Webull and Fidelity you can invest small amounts very easily as you learn your way around the cannabis market.

To learn what weed stocks are hot is an ongoing adventure, and you’ve just taken your first steps.

The latter half of February promises some growing stories to watch in the world of weed stocks. And it’s important to watch the wire too. In the modern trading world, volatility is easier than ever and part of the investment game.

Remember, investing is a risk. Educating yourself with market players and the trends happening helps create profitable portfolios. But the stock markets for cannabis can be volatile. Reading up here is a good way to start your knowledge base.

WARNING: All advice is based on data gathered the previous week. By the time you read this, prices have changed, in some cases considerably.

While the biggest gains often come from the smaller stocks, the largest companies are always the safer investment. And this week we see moves from some of the largest names in the business.

The hot weed stocks in February include:

This Canadian cannabis giant produces and distributes canna-goods globally. Their offerings include medicinal and recreational weed and products for users of all kinds. The company is also merging with industry peer Tilray (NASDAQ: TLRY).

This merger will create the world’s biggest cannabis production and distribution company valued at about C$4.8 billion (US$3.8 billion). This merger sets the combined cannabis company to be the world’s largest in terms of revenue.

Aphria has been watched by investors for a while now. The APHA stock has skyrocketed by over 360% in the past year. In fact, it jumped by over 28% during intraday trading in the first weeks of February 2021 thanks to a rosy analyst update.

Several key speculators have raised their price targets for the stock to be ~$25.62. As a multinational, Aphria is also busy on the international front. It bolstered its leadership position in Germany, announcing that Chief Strategy Officer Denis Faltischek is assuming the role of Managing Director of Aphria Germany. It seems Aphria is poised for the future.

Following the largest producer of weed in the world, we have Hexo Corporation (HEXO), the world’s largest consumer packaged goods cannabis company. They work with Fortune 500 companies to bring a wide array of weed offerings to known names

The stock has surged by over 520% since the March, 2020, lows. HEXO stock surged over 22% yesterday as news of its latest acquisition was announced.

Hexo is acquiring fellow cannabis cultivator Zenabis Global in an all-stock transaction, valued at ~$235 million. This is a fantastic play by Hexo. First, the company is strengthening its domestic brands, making it one of the top three cannabis producers in Canada for recreational sales. Second, the deal expands Hexo’s foothold in Europe through Zenabis’ medical cannabis facility in the E.U. And finally, Hexo would be boosting its annual cultivation capacity by over 111,000 kg when adding the production of Zenabis’ growing facilities.

Another big player in the industry familiar to most weed stock investors is Aurora Cannabis. It has production facilities and sales agreements around the world. Recently, Aurora stock has heavy investment from British Columbia Investment Management (BCIM).

According to an SEC filing, BCIM ended 2020 with over 290,000 shares. It’s a huge leap from just over 58,000 shares which it had three months prior. In the last few weeks, ACB stock jumped at this news.

Aurora also recently signed a five-year exclusive supply agreement with MedReleaf in Australia, the largest chain of dispensaries in that country. Aurora expanding its market reach on the local and international ends is what makes this company’s stock so enticing.

Cronos Group Inc. (CRON), also known as Altria, is another global player based in Canada. It has research, production and distribution facilities across five continents. This blue chip stock in the green exchange has capitalized on emerging cannabis trends.

One thing that sets Cronos Group apart is financial backing. The tobacco juggernaut Altria (NYSE: MO) backs Altria, making CRON stock among the safer investments in the industry. In fact, CRON stock is currently up by over 60% year-to-date.

Their earnings have missed the mark recently so this stock has been put on hold by many stock firms. However, the company is heavily investing in equipment and supplies now to meet a growing demand worldwide and is poised to be a market leader.

Cronos continues to expand its cannabis portfolio to cater to more users. Executive Chairman Mike Gorenstein has stated the company would be marketing lab-grown cannabis products, said to be the first of their kind for the industry.

Cronos is also making the most of its $122 million partnership with biotech company Ginkgo Bioworks. Together, the companies are working on cultured cannabinoids. Should things go as planned, Cronos will significantly reduce production costs and increase profit margins.

2 Oz Exotic For $400 & Get Two Prerolls Plus Free Delivery FREE ON-TIME DELIVERY ALL OF JANUARY 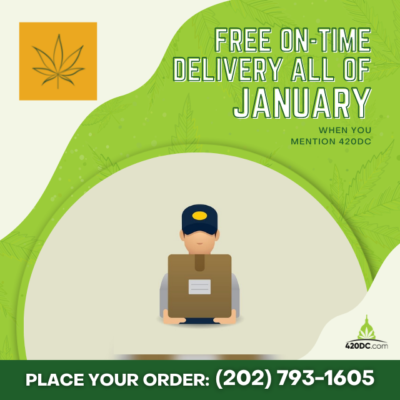 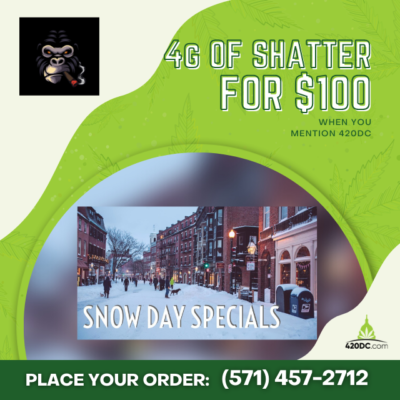 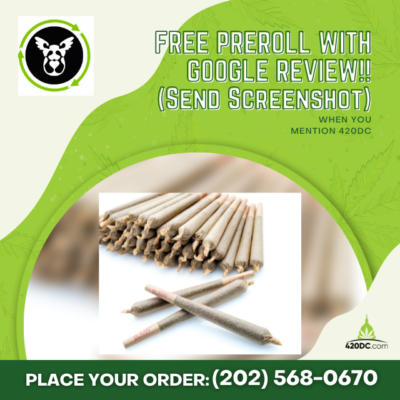 Stand Out Saturdays – Exclusive To Saturday Only. 2 Top Shelf Mix And Match For $320 (Excluding Purple And Wedding Cake) 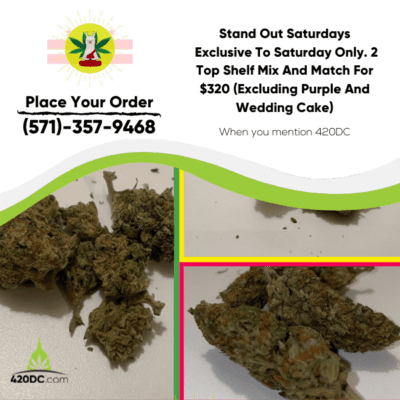