Vortex Strain Review: Is It Worth It?

The Vortex strain earned the title of Best Sativa from the 2010 High Times Cannabis Cup due to its cosmically psychoactive high and potency. Becoming an instant hit within the industry, the Vortex strain showcases some of the best talents the industry has to offer. This mind-bending and euphoric sativa-dominant hybrid cannabis strain is known to impress a cosmic whirlwind of euphoria and energy that is simultaneously stimulating and disorienting. The Vortex strain is not to be underestimated, even by the most experienced smokers due to its high THC content and potent effects.

For individuals interested in learning more about the Vortex strain, stay tuned. This article explores everything there is to know about this uplifting cannabis strain including background information, growing tips, and a review of its high. A strain that is known to warp the senses, the Vortex strain can affect people in various ways with some people experiencing an uptick in energy and positive emotions while others may experience stronger influences of relaxation that are hard to overcome. The Vortex strain is a cannabis strain that truly breaks expectations and provides users with a unique and mind-altering experience.

Cultivated by the ingenious Subcool’s The Dank by crossing Space Queen with Apollo 13, the Vortex strain ascended to new heights and fused the best traits from both parents into a massively popular and influential strain. Although the Vortex strain is predominantly sativa, like its name suggests, the high it impresses can fall anywhere on the cosmic spectrum from being overly energetic and spirited to be quite heavy and disorienting. The average THC content ascribed to the Vortex range falls anywhere from 18-20% with the highest ever recorded culminating in a whopping 35% THC.

There are a limited number of medicinal applications for this unique cannabis strain due to its more chaotic nature, however, the overall effects can be effective for both medicinal and recreational use.

Read Also [Everything You Need To Know About The Jillybean Strain]

The buds produced from the Vortex strain truly inherit a cosmic appearance with minty green foliage saturated with white, crystal-like trichomes and marked by muted yellow and orange hairs. With a celestial blend of sweet and sour lemon accented by tropical notes of mango, the complex aromatic profile expressed by the Vortex strain is eerily reminiscent of its two parent strains. However, it should be noted that this cannabis strain is full of odd mutations and variations that make it not only a challenging strain to grow, but extremely variable to the point where it can be hard to pin down a true appearance and effect range.

How To Grow The Vortex Strain 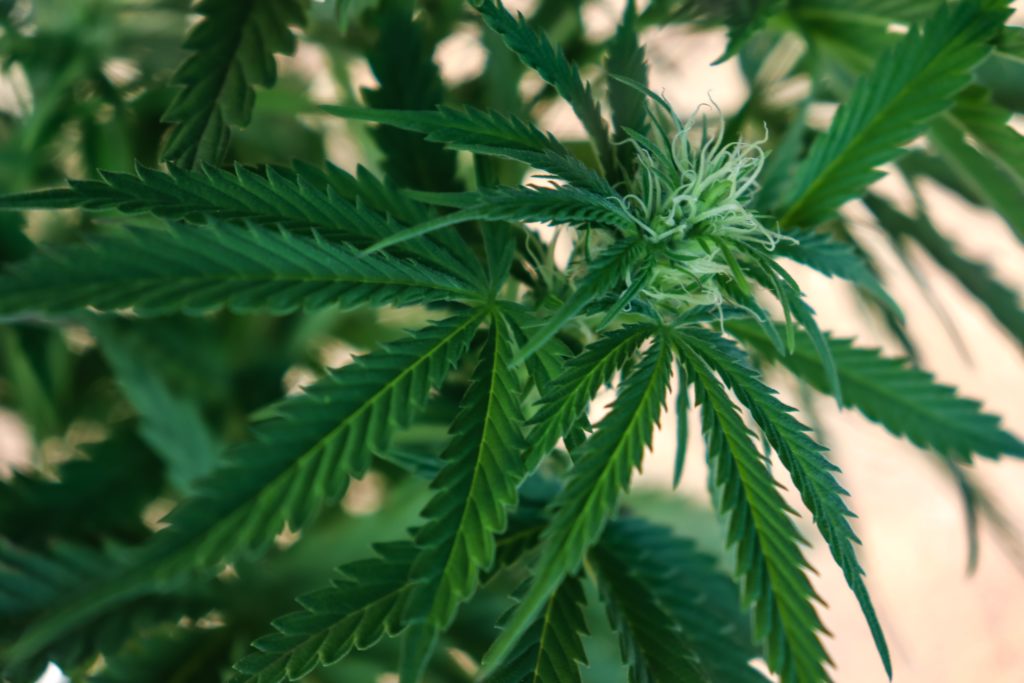 For individuals considering the Vortex strain for cultivation, it should be cautioned that it is an extremely finicky plant that does not grow well for large-scale grow operations. Due to the high variability and odd mutations found with this strain, it takes a significant amount of time and effort to achieve a satisfactory yield. Although the Vortex strain can be grown outdoors, it is highly recommended for indoor grow settings since it requires ample maintenance with its unique growing patterns and odd mutations that can arise. The Vortex strain has an average flowering period of around 45-55 days and, on average, yields around 100-140 grams per plant when grown properly.

How Does The Vortex Strain Make You Feel? 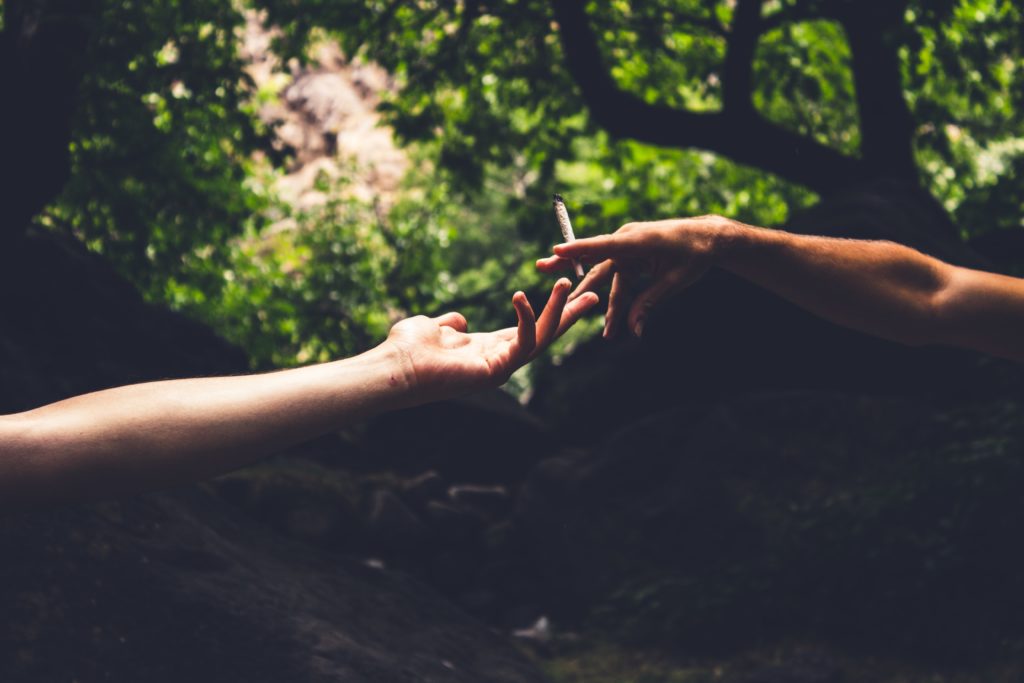 Now, onto the best part, how does the Vortex strain make you feel? This mind-altering sativa-dominant hybrid is known for expressing a wide range of psychoactive and physical effects that can range from things like a surge of energy or creativity and increased euphoria at one extreme and the other enabling a strong case of heavy sedation and disorientation. Users should exercise caution when smoking this strain since it is known for being quite potent on top of its wildly variable effects.

More often than not, this strain is recommended for daytime or afternoon use, however, due to its variable nature, it can be suited for nighttime use for some cannabis lovers. Known to melt away stress and anxiety as well as uplifting depression, the Vortex strain does have some viable medical applications. Some users report it being effective in mitigating headaches and migraines while individuals struggling with ADD/ADHD report a diminishing level of chaotic tendencies.

Read Also [Read This Before You Try the Kush Cake Strain]

Where Can You Get Your Hands On The Vortex Strain?

For individuals interested in getting their hands on the Vortex strain in DC, check out Budtenders of DC, a high-quality cannabis delivery service with a wide range of high-quality cannabis selections available. Budtenders of DC has tons of cannabis products available for gifting and an impressive selection of premium cannabis strains like Granddaddy Purple and Cinderella 99 as well as edibles, concentrates, and cartridges. Choose from a wide range of items like cannabis gifts all offered at competitive prices that are hard to beat. Don’t forget to mention 420DC and receive a special discount on the next order!

Also if you want to get your hands on some high quality Vortex Strain seeds, here is a great place to try. 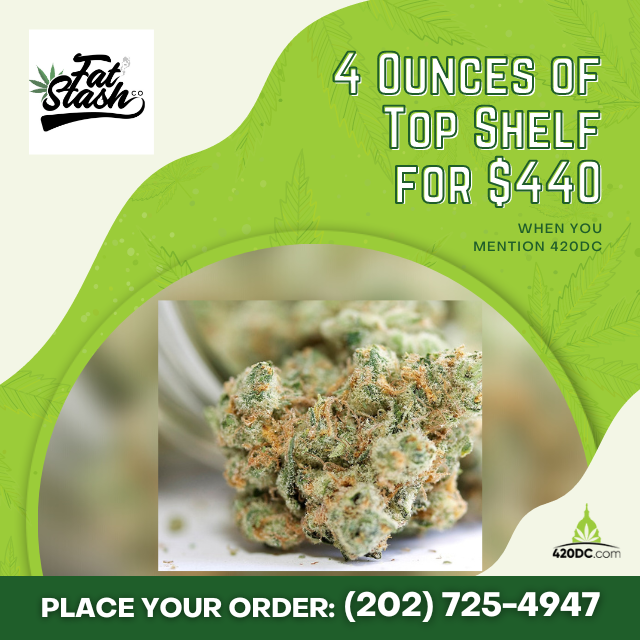 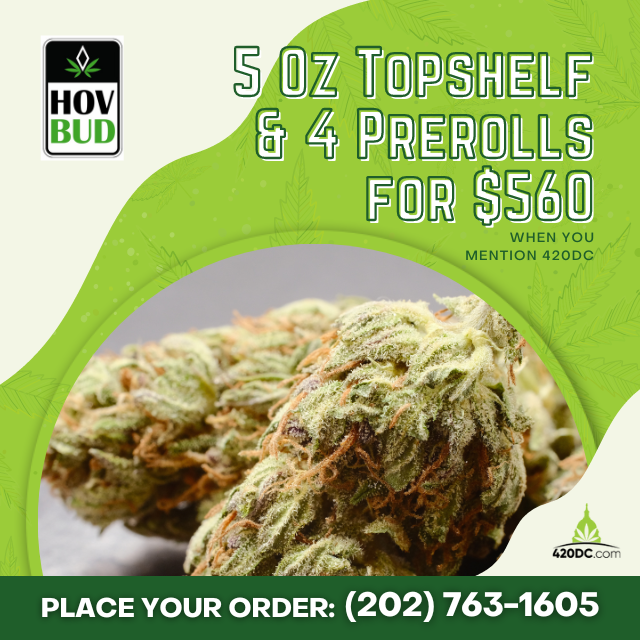 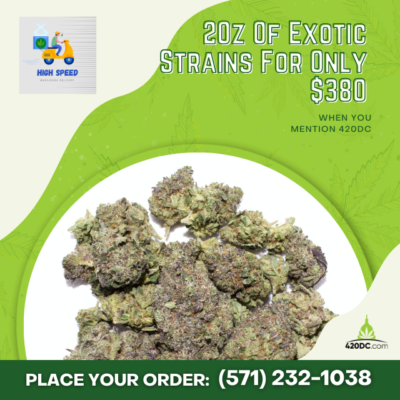 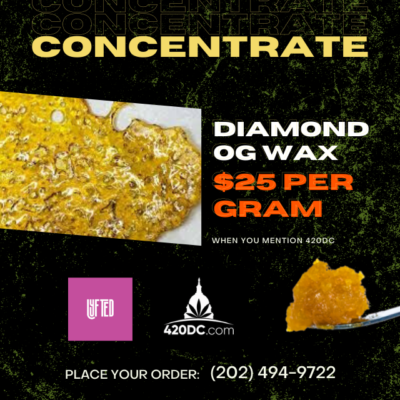 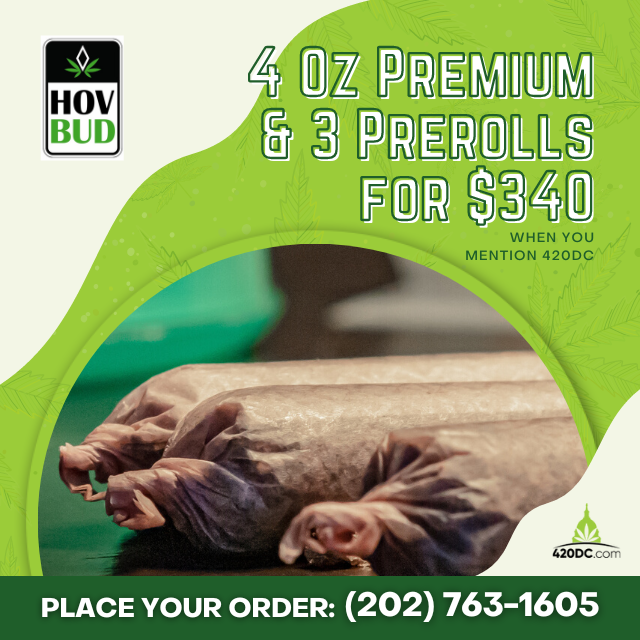 Birthday Special. $50 off Any Ounce on Your Birthday.When You Mention 420DC See their menu 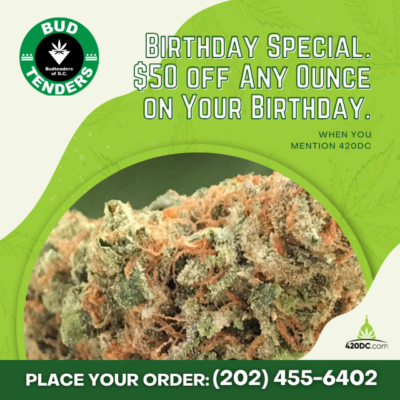