Must See In DC: THC Museum!

For some, fun in DC is about weed, for others it’s museums, and for freaks like me it’s about both. At The History of Cannabis Museum the history of weed is rolled tightly together for a toker’s tour through time where the guides are always engaging.

The – History – of – Cannabis Museum, get it? THC Museum? And the stuff inside is cool and clever too. They pack a shrine of knowledge in the exhibits and I swear there’s always something new there too (but that could just be the VIP tours talking).

[READ ALSO: The Bridge Between Marijuana and Creativity]

Of course DC has always been steeped in weed.

At the THC Museum, you’ll find Founding Fathers who grew (and undoubtedly smoked) hemp. You’ll hear of the Great Emancipator reflecting about easy life and bowls of bud (imagine how big the pipe would be at that memorial!). And even Kennedy is rumored to have enjoyed a joint or two (or three) right in the oval office.

But your guide can give you more details about the best in DC weed than I.

The THC Museum shows that herb doesn’t just dabble in American history. The story of cannabis sativa dates way back way before this country, before any country. When the world just… was, and people gathered where they roamed, cannabis kept mankind company.

The museum shows the course of cannabis goes global. Pay a little more for an even higher experience.

Tours detail how cannabis may have been the catalyst that created culture. But even before history was recorded in language, hemp appears in prehistoric cave paintings too. Plus, the oldest stash in the world was found in the Chinese tomb of a Caucasian shaman.

Yeah… you read that right (you’re not that high).

Cannabis is the mystery that makes you want to see more! We know it was an early farmed crop, perhaps the first, because of some of the earliest books. Those documents were written on hemp parchment and some were even about how to cultivate hemp and turn it into parchment.

Okay, that’s not so mysterious, but the guides do detail other aspects of pot that are little known. Like, as shown in Egyptian hieroglyphics, hemp was created ultimately to record knowledge, marking the beginning of recorded history.

The THC Museum shows how cannabis was glorified rather than vilified. But, it also shows the worst of humanity too through racist politics and overarching control.

Another example of a disgusting, racist euphemism used to justify unjust actions is the word ‘marijuana.’

That’s right- the most common word for weed is used respectfully the world over now. But back in the day, the museum shows how cannabis became criminal contraband using racist rhetoric and political bloviating.

It’s one of the most important aspects of this museum- documenting some of the worst in American politics.

Henry J. Anslinger (hissssss) was appointed commissioner (and ugly butt-faced overlord) of the newly created Federal Bureau of Narcotics (or “FiBbeN’” as I like to say) in 1930. This was done to rid the world of harmful narcotics in an unregulated pharmaceutical industry.

But what Ansliger presented to pass the legislation were racist tropes.

The museum shows how prohibition just shifted the snake oil scoundrels elsewhere (probably politics) and anti-cannabis hysteria was born. The “Marihuana Tax Act” of 1937 was Anslinger’s answer to an immigrant problem. And most importantly, ‘marihuana’ was said with a sneer.

Cannabis was a tool to enact sweeping legislation that continues to this day. Industrial hemp, which has no THC and cannot get you high,’ was lumped in with the Mexican schwag.

The Mexicans fleeing civil war in their own country brought a favorite herb along and the term they used for cannabis was ‘marijuana’ (spelled multiple ways). Anslinger used it in connection with the influx of immigrants as a racist trope to pass his legislation.

Anslinger used the wheels of disinformation to stoke the caucasian fear nerve and a new age of horrible, racist politics was born. To convince not just white men but also white women and white children that pot was evil, movies were the new outreach.

The History of Cannabis Museum shows hilarious depictions of cannabis propaganda- lies designed to keep white people away from an immigrant’s crop and ultimately lead to its prohibition to justify their (delusional) moral superiority.

And you will also see, by association, how the racism of prohibition continues to this day. Make  sure to ask about the book 37 Tons (an exclusive of the THC Museum) that details the evil spawn of the prison industrial complex.

Shrine to sativa- the best weed in DC

A visit to this museum is a pilgrimage I take whenever I venture to DC. Its exhibits explore it all and the guided tours bring the goods both literally and metaphorically. It’s close to the Metro and most easily accessed by Uber due to constant construction.

Whatever you do, bring an open mind. There’s something at The History of Cannabis Museum in DC to titillate, educate and advocate, anyone.

Science, medicine, history, art, music, comedy, industry- cannabis has got it all and the museum packs as much as they can into one space. 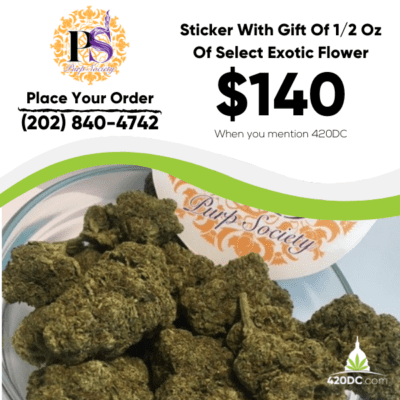 Rated 4.67 out of 5
Donated By Gifted Curators 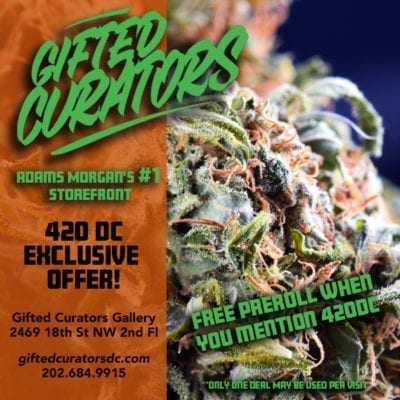 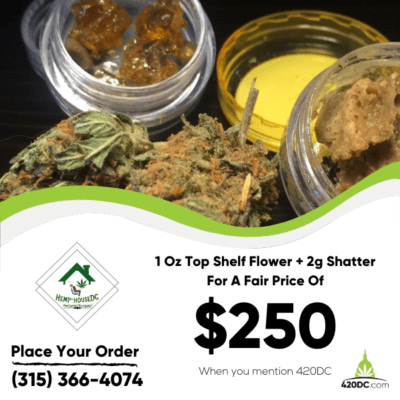 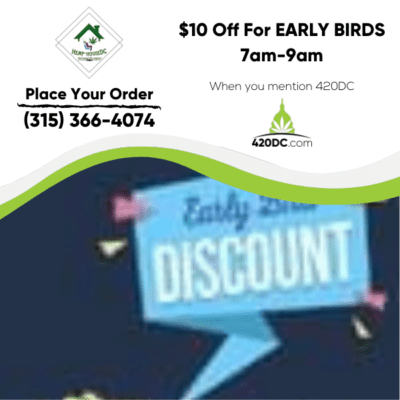