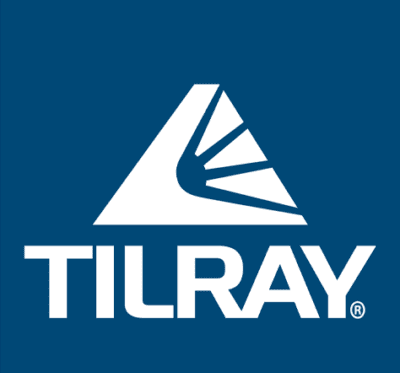 Huge Tilray, about to get bigger

Tilray, one of the original hot pot stocks, got investors hot with a mega-merger deal with Aphria (APHA) in December 2020. Tilray’s stock gained 206% so far in 2021 and Aphria has surged 178% (more than double the gain of 68% for the industry benchmark). Both Tilray and Aphria claim the merger will create the largest cannabis company in the world in terms of  revenue.

The merger with Aphria can get Tilray into the U.S. weed when/if federal legalization occurs. That’s far from certain, still, but Aphria is still betting on this potential. It acquired the most popular hemp-flavored beer in the country, Sweetwater, a U.S.-based brewer, last year for $300M, giving it a distribution framework once free weed is achieved.

Special meetings of Tilray and Aphria shareholders happen in mid-April to vote on the proposed merger. If approved, the combined company will adopt the Tilray name, and the management teams have said they expect to generate approximately $78M per year in cost savings.

The U.S., Aphria CEO Irwin Simon, who will lead the combined company, issued a statement saying that the new Tilray will, “continue to pursue investments in the U.S.,” intending to grow both brands and expand offerings that can complement each other.

It’s an exciting time for investors in Tilray and Aphria as hot pot stocks, both. But, investing should realize that profitability is still unlikely anytime soon. In its most recently released quarterly results, Aphria reported net revenue that was up 33% over the prior-year period, and growing cash from operating activities improved cash flow sequentially.

Though Tilray showed positive income in its quarterly report through accounting adjustments, there is more loss this year than last. For its full-year 2020, Tilray also showed a net loss, though it was an improvement over 2019. Revenue increased 26% for that year. Much of the loss can be attributed to investments, mergers and acquisitions.

Both Tilray and Aphria are moving in the right direction, and the pending merger in April has investors watching excitedly again. Currently, this stock should remain a speculative investment, because global legalization is going to be a long process.

Why to invest in Hot Pot Stocks: Tilray

To take short-term advantage of the Aphria-Tilray merger, it’s recommended to buy Aphria, not Tilray. Apria’s profits have been more solid and it’s a more undervalued stock and a better purchase recommendation. But, if an investor’s aim is more long term, it might be better to invest the other way, buying and holding Tilray.

Tilray’s global investments into new and emerging markets shows true future potential. It’s firmly established in medical cannabis, not only in Canada but also in Europe, its Portugal operations play a major role entering the continent. And this year, Tilray entered into agreements to distribute its products in the U.K., export them to Spain, promote them in Germany and supply GMP (good manufacturing processes)-certified MMJ products for experimentation in France.