Get Creative With the Apollo 13 Strain

If there’s a lull in your latest passion project, the Apollo 13 strain might just do the trick, uplifting the senses and drawing creativity from places in your brain you forgot about. With this strain on your side in the fight for concentration, you are bound to win any procrastination pitfalls that might come your way. Continue reading for all the juicy info on this sativa-lover’s top-shelf pick.

Apollo 13 is not one to shy away from praise. Big fans have it flying off shelves thanks to its THC levels averaging about 17-19% and its sweetly creative energy. It was cultivated first by Brothers Grimm, breeders committed to producing high-quality feminized marijuana plants.

In terms of its origins, the sativa-dominant hybrid was born from a cross of P75 and Genius (a Jack Herer phenotype). Apollo 13 takes after its parents, both being famous and revered in their own right. Even if the sativa-leaning version of the plant is more sought after, you can also try the indica-dominant hybrid which can be found on the market as well.

A favorite for many, the strain is hard to find because only 500 plants were released as the original plants of this strain. Everything else that came afterward was cuttings, bringing it to a rarity level much higher than your typical cannabis strain.

How Does the Apollo 13 Strain Look? 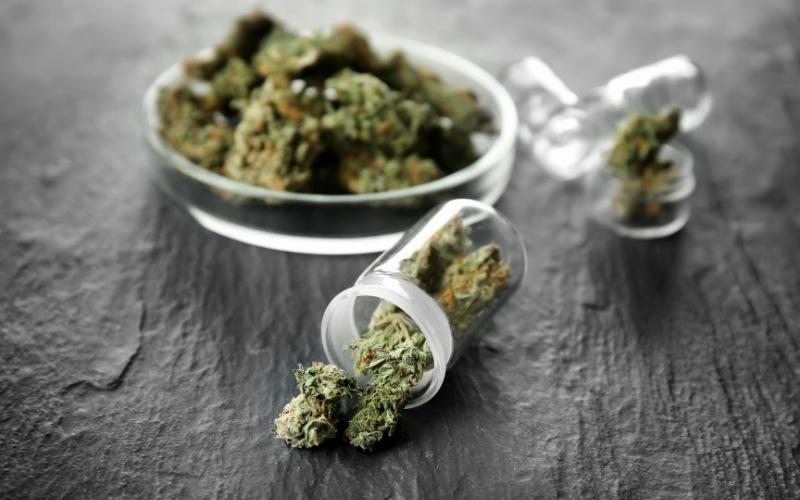 Apollo 13 is a beautiful cannabis plant that takes its form as bright medium green leaves, frosty and vibrant with orange hairs and crystal-like trichomes. Its nugs are compact and easy to break, with clear combinations of green and orange interwoven throughout the bud.

Just like its origins and effects, Apollo 13’s scent does not disappoint, adding a dash of novelty to the mix. Its strong and unique flavors of skunkiness and floral hints make for a powerful combination. Its main terpene is myrcene which promotes a potent herbal smell. The earthy whiffs you will get from Apollo 13 are complemented by spicy but sleep-inducing soothing notes.

Caryophyllene brings in some pepper while Pinene enhances the earthy, pine undertones. The former adds that depth while the latter makes the entire experience a little brighter and fresher on the nose. Apollo 13’s aroma is unique and very pungent.

The Apollo 13 strain will punch you in the face straight away with its earthy and peppery strong taste. Citrus and herbal tones will culminate in a rich skunky flavor. Each whiff is rounded out by an outdoorsy, pine flavor.

How Does the Apollo 13 Strain Make You Feel?

Apollo 13 is on a galactic mission, set to energize you with its exhilarating head high and invigorating you to focus on what needs to be done. Its psychedelic euphoria is a mood lifter that many sativa enthusiasts come back for. On the flip side, it can cause dry eyes and cottonmouth as well as some dizziness in some users. Make sure to keep your doses at a moderate level and keep something to drink on hand.

Apollo 13 has been marked by its loyalists as a daytime strain due to its sativa leanings but also because its most popular trait is its ability to make you focused and creative. It is the perfect strain for those who are swamped with things to do or creative tasks that they could use some insight and focus on.

What are the Medicinal Effects of the Apollo 13 Strain? 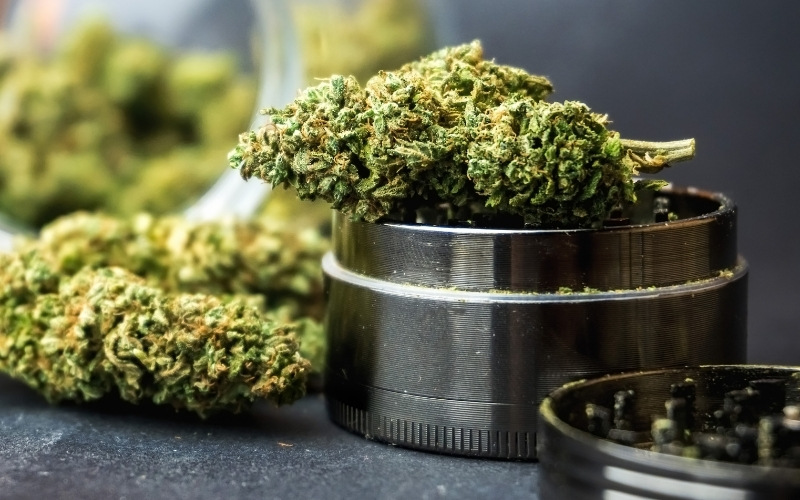 In addition to the strain’s incredible help to stressed out and busy cannabis users, medical patients often use it for treatment in pain management for migraines, PMS symptoms, and mild aches. Adults with ADD turn to Apollo 13 for some focus while people with depression look for its mood-lifting abilities. It is a grab for those with chronic stress and anxiety especially when taken at moderate amounts, however, it can cause paranoia if you take too much at one time. Lastly, it is also a go-to for those who often experience nausea and who need a kickstart to start their appetite.

How Can You Grow the Apollo 13 Strain?

Finally, a plant for beginner growers. Apollo 13, after all, does not need much attention during the growing process. It flowers in roughly 7-8 weeks which is faster than most strains. More than that, it provides you with a healthy amount of yield, making all the work worth it in the end.

Both Sea of Green or Screen of Green methods can be used to cultivate it in your greenhouse or outdoor garden. Growers would also say pruning the cannabis plant into multi-headed bushes placed in large soil containers is the way to go. Within 55-60 days you will start to see flowers and soon enough you can be counting up to 400 grams per square meter of yield in no time.

Where To Get the Apollo 13 Strain

Need some concentration and energy? Check out our wide selection of cannabis at 420DC here for your next Apollo 13 session. Give us a shout-out at 420DC upon placing an order to get a discount. 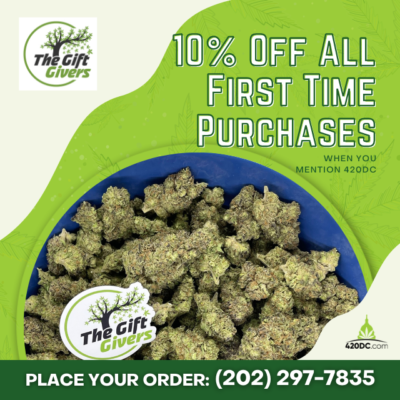 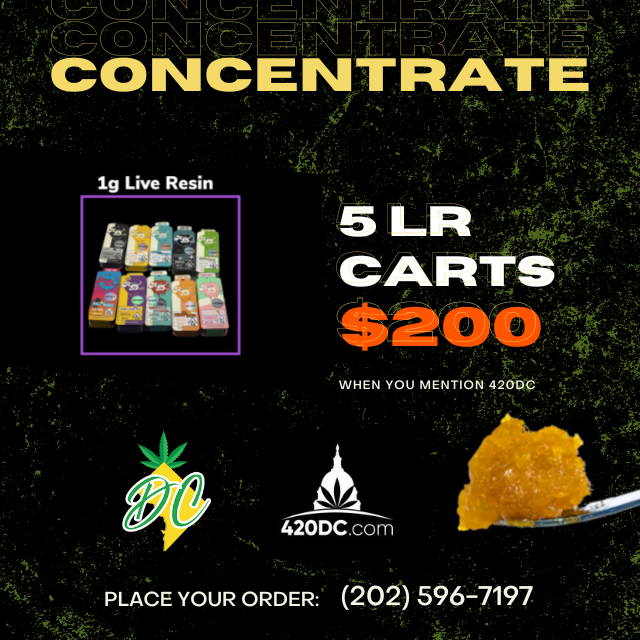 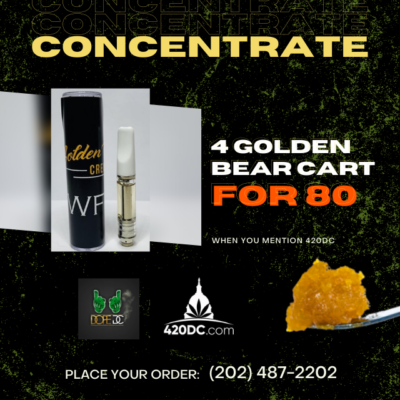 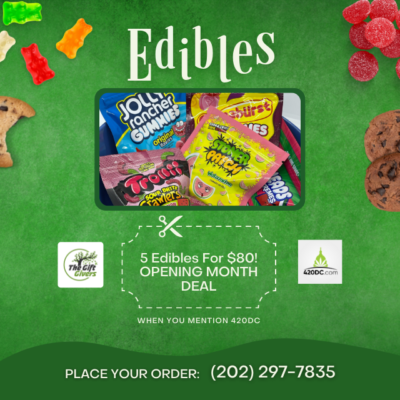 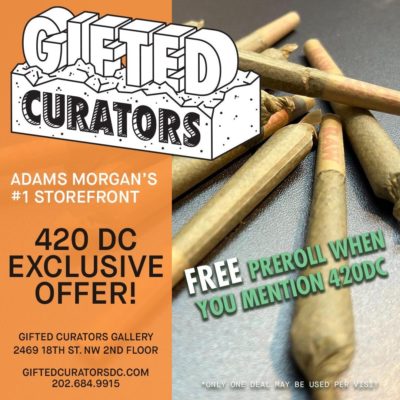 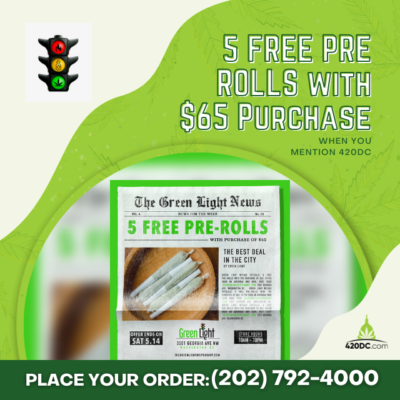