Insanely sweet with a creamy, fruity-candy bouquet, the Pink Runtz strain hit the world like a 12 pound electric sledge hammer. It’s described as both energizing and relaxing, perfectly balanced in head and body high.

In truth, the entire Runtz family is a synergized 50/50 blend of indica and sativa effects with mad high THC that can boot lock you easily if overdone. So, approach with caution neophytes.

The strain’s candy namesake may be small but there’s nothing tiny about any Runtz, especially Pink. It is mesmerizing in every way, and many think pink is the ultimate in the Runtz hunt.

There are definite, subtle differences between original, White and Pink Runtz. Being cousins there are also a lot of similarities. For one thing, all three are highly sought and especially the mysterious Pink!

Until genetics are officially released, it’s hard to truly tell if Pink Runtz strain is truly best. That’s right, the entire Runtz lineage is a carefully kept secret by its creators, Bay-area breeders of the Cookies family, but Pink Runtz is the most speculative.

Mystery or not, there’s still a lot to know when deciding if Pink Runtz is the best for you. But 420 DC can break it down for you and let you decide!

Runtz came from the LA scene and quickly spread up and down the west coast. From there the candylicious strain quickly captured attention nationwide and each grower’s variation soon hit the shelves. The award-winning Runtz strain is a hybrid blend of Zkittlez plus Gelato and is exceptionally well balanced in Sativa and Indica properties. 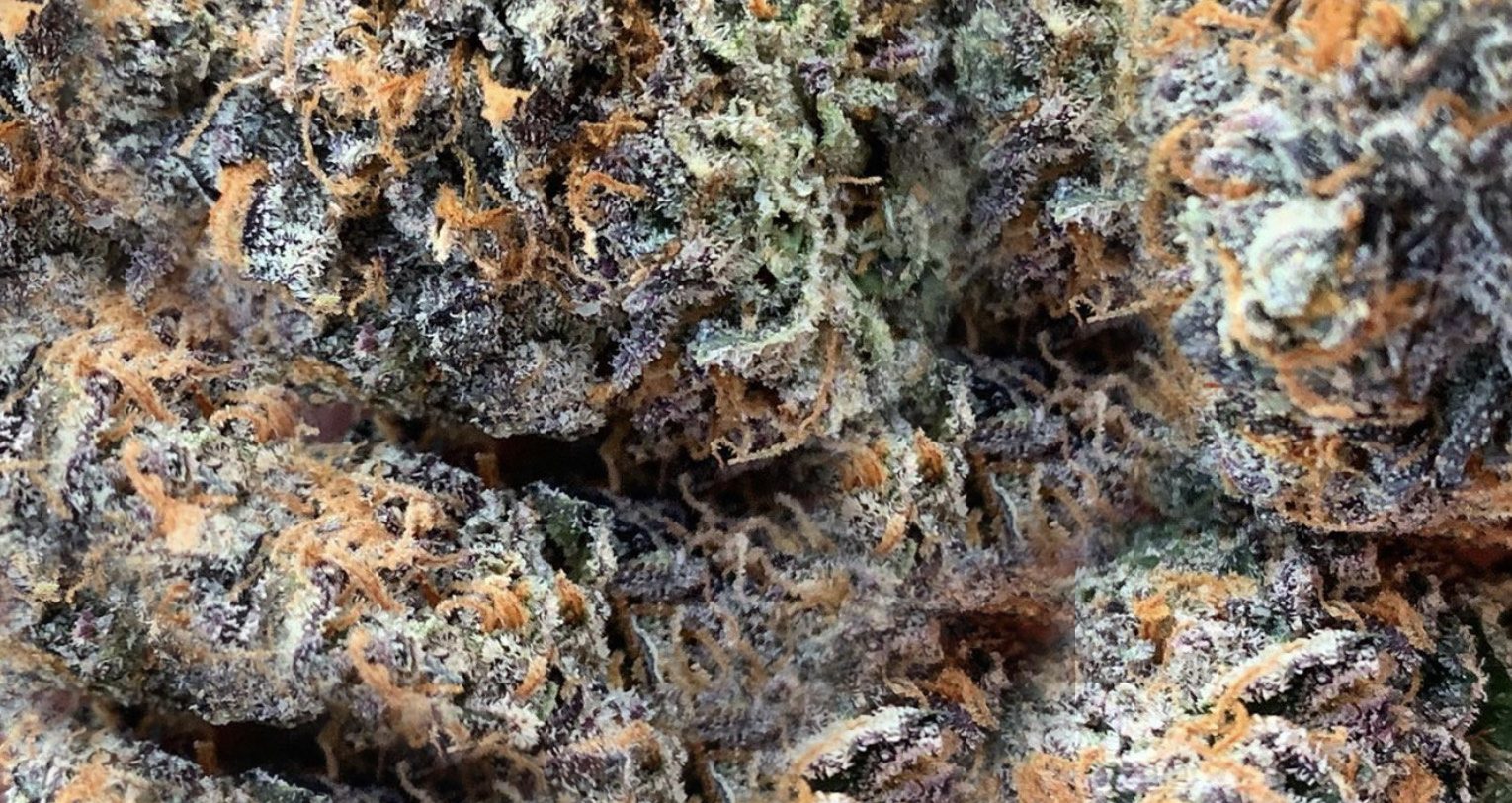 How strong is Pink Runtz

Of course, Pink Runtz stats vary by grow, as all grows do. Phenotype variations can lean heavier Indica versus Sativa and vice-versa depending on a variety of factors. The Pink Runtz strain gained its rep right in the middle; 50/50. So it’s well balanced in head and body effects and has other notable similarities to its kin.

One of the biggest reasons for Pink Runtz love is a fairly consistent THC level average around 25 percent. Again, these numbers swing lower and higher (as monumental as a mind-numbing 29 percent!) depending on the grow.

Good grow or not, Pink Runtz is so popular it's often hard to find those fruity flavors. But, when you do find it and it’s done right, it’s an exceptional taste in a joint, bong, pipe, blunt or vaporizer. Of course, for the purposes of this article, we’re not even going to talk concentrates. Suffice it to say, the sweet tastes and scents of Pink Runtz are strong even in a little dab.

Original Runtz, the mother of Pink (or is it sister? Read on!), is a Zkittlez & Gelato hybrid but the exact details are locked away. Zkittlez is a fruit-forward combo that won Best Indica at the 2015 High Times Cannabis Cup in Michigan. Gelato is a cross between Thin Mint Girl Scout Cookies and fruity, Indica-leaning Sunset Sherbert.

As the love bud of these two strains, Runtz delivers candy-coated flavors like a sugar bomb in a time warp that lasts for hours and Pink Runtz is the sweetest of the bunch.

The bud structure of the Pink Runtz creates different sizes of small, dense, pine cone-shaped nugs. These buds are definitely beefy enough to benefit from your best grinder. And, blanketed with such beautiful trichome profiles, it’s better to let them wind up in your kief collector than your fingers. Those rich trichomes saturate the buds and deliver those heady, fruity aromas too.

When grown and cured correctly, Pink Runtz’s colors vary by grow, but all variations feature a rich palette of hues. Depending on the grow, you can see light greens to oranges, pinks and even deep purples. In a bong it’s the immortal classic... toke on the water (and fire in the sky)!

The effects of Pink Runtz

Pink Runtz’s profile doesn’t exhibit skunky or gassy smells. Instead its famous fruity flavors cater to the sweet tooth. Pink Runtz profiles feature sweet and sour candy-fruit flavors with a creamy Gelato aroma. Reports of pineapple, hints of citrus, and a subtle sour cherry lip gloss on the back end are common.

The effects of Pink Runtz happen almost before you exhale. An intense, euphoric head high comes on quickly and often results in giggle fits and feelings of joy. It’s a creative floaty feeling, powerful enough to be felt for hours yet energizing at the same time.

Eventually that giddy euphoria gives way to a tingle in the spine that creeps steadily to your extremities. The sedating and pain-relieving effects of Indica ultimately counterbalance the energetic Sativa start. This rich blend’s buzz stays for hours and is one reason Pink Runtz is a recreational and medicinal fan favorite.

Compared to the frosted Christmas ornament look of White Runtz, Pink looks like high end abstract art. There’s a wavy sea of colors in the Pink Runtz bud. Hypnotizing hues roll with rich greens, light to dark, as well as splashes of purples, oranges, pinks and every other possibility. But how does Pink Ruuntz compare with others in the family?

It’s the lineage of each that answers this question. White Runtz is another Zkittlez & Gelato combination similar to Runtz OG but bred with selective genetics. It has a more pronounced Indica representation in its spectrum. But the Pink Runtz strain is believed to be a new phenotype of the original, not a hybrid. Of course, as the specifics are secret, there are still others who think the strain is a Rainbow Sherbet / Pink Panties hybrid.

But, if Pink Runtz is a new phenotype, then there are hundreds of variations out there, each leaning more prominently one side of the spectrum or the other. Its unpredictability of subtle differences could have an exciting grab bag effect, if that bag is filled with sugar.

Is Pink the best Runtz?

Ultimately, most cannabiphiles don’t care from where that tasty buzz comes. Pink Runtz delivers a giddy head high that powers you into a powerful body buzz. The result serves up creative thinking, relaxation and pain cessation while still staying prepped for the party!

And Pink Runtz is perfect for parties too, stepping up as energetic enough to catch the attention of any seriously recreational stoner. Still not sure that Pink Runtz is the best of both worlds? If you’re lucky enough to find some of those tasty buds, you’ll see as you ride the chill waves of the most beautifully balanced day! Pink Runtz delivers cerebral energy to spare with a bone buzz afterburner, ultimately tailing away to a sweet and dreamy sleep.

This topic was modified 4 months ago by 420DC
Quote Highly recommend! Great communication, great products, professional delivery, and overall wonderful experience.
I was a bit nervous using a delivery service, but these people put you at e

I use a secure messaging service called telegram. You can download it from the app/play store. Once you have it installed search for my user name @jumpingjackflash212 and we can have a chat || Wickr me: baronmeds || Text...Seven Two Seven Three Five One Three Eight One Two || We have Cartridges like Exotic carts, Smart carts, Brass Knuckles and many others, Buy Pot, Buy Edibles, Buy Medical Marijuana, Buy THC Oils, Buy Cannabis, Buy Vapes Pen, Buy Canned Weed, Buy Hash AND We also have few other medications like Xanax, Oxytocin's, Lsd, Coke, MDMA, Crystal meth. - NO ID OR MEDICAL CARD IS NEEDED - COD ACCEPTED Within New York and shipping accepted worldwide The 420DC community forum is the best weed forum and an alternative to Grasscity forums. Here you can buy and sell grow equipment, buy and sell seeds and more. Join today!