Cannabis Culture in New York: Everything You Need to Know

The last decades have seen a tremendous shift in public opinion on the legalization of marijuana. Years ago, the thought of the drug becoming widely accepted and becoming commercially available in the legal market seems to be only a libertarian fantasy. Now, almost anyone can easily browse through the Internet to determine the best cannabis strains to buy and discover the latest jurisdiction to have legalized the use of the drug.

With this massive shift in how parts of the world treat cannabis, it’s not surprising that a subculture centering on the substance is rapidly emerging in different jurisdictions.

In America, especially, although cannabis remains a Schedule 1-controlled substance under federal law, the growing support for the drug has pushed many states to adopt laws that are directly and indirectly embracing a legal cannabis future. As a result, attitudes towards marijuana are changing rapidly, and varying local cannabis cultures are beginning to develop and flourish. 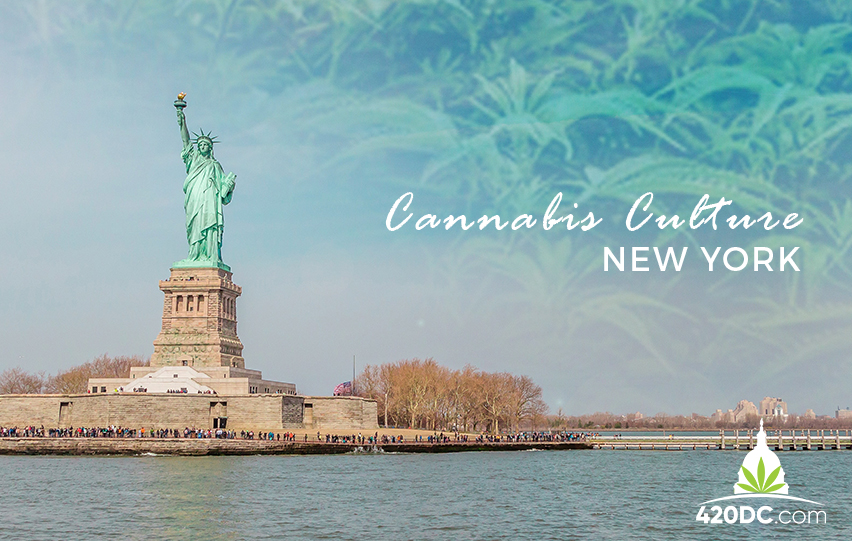 Is weed legal in New York? Just recently, the answer became yes. (It has been legal for some time for medical users, who can also get it delivered.) In New York, marijuana possession was recently legalized but the regulations regarding recreational marijuana in New York are still being developed, and the existing cannabis culture there is in flux. Specifically, since medical marijuana in New York is legal and now recreational users can enjoy it too, the current cannabis scene there is booming – with New York marijuana dispensaries now distributed across the state and events being held occasionally.

However, since New York marijuana laws and regulations are still in development, it is easy to say that the culture is not yet as outwardly free-spirited as other states, such as D.C. and Massachusetts. However, if you’re looking for a New York marijuana dispensary or are interested in smoke shops in New York, you should be able to find them soon. In the meantime, the dispensaries are for medical marijuana users.

In March 2021 the New York legislature passed the Marijuana Regulation and Taxation Act, which legalized the purchase, possession and transport of up to 3 ounces of weed for adults over the age of 21. It also created the Office of Cannabis Management to oversee recreational and medical marijuana.

What to Expect from New York’s Local Cannabis Culture?

Overall, despite New York lagging behind the times with regard to recreational marijuana until recently, local cannabis culture there remains as vibrant as ever. Different events and forums are being held centering on marijuana, and cannabis social networks are also popping up to bring together advocates, patients, and enthusiasts together.

For your guide, here are among the best ways to experience its local culture.

Undeniably, the cannabis industry is on the boom, even in New York. If you find yourself wanting to start a cannabis business or wanting to land a job on the industry, attending the One Day Medical Marijuana Masterclass Workshop by Leafy Green Agency could benefit you in many ways.

Specifically, the event will take on the form of a full-day training seminar designed to help aspiring and experienced entrepreneurs, as well as interested job-hunters, to understand the proper and most effective ways to start, grow, and join a cannabis business.

Among the topics that will be covered on the seminar includes the following: 1) general industry topics, which cover discussions on the current trends defining the industry and existing laws governing the cannabis market; 2) business and entrepreneurial topics, which will help you discover business opportunities and how to apply for cannabis licenses; 3) funding topics; 4) cultivation topics; 5) dispensary operations and employee topics; and more.

The seminar is set to adopt a face-to-face mode of instruction but will implement strict health and safety measures in light of the COVID-19 pandemic.

The ticket for the 6-hour seminar will cost you $299. To be qualified, you must be at least 18 years of age and has a valid photo ID.

To know more about this event and discover its other schedules, you may contact the organizers at 707-563-1457 or visit their site by clicking this link: Leaf Green Agency

If you’re targeting to land a dispensary job in New Jersey or New York, you may want to check out the professional training course by Hemp Staff called the New Jersey / New York Medical Marijuana Dispensary Training.

As the name suggests, the training course was created to help individuals increase their chances of landing a job in the marijuana industry, specifically, in medical marijuana dispensaries operating in New Jersey and New York.

Unlike the marijuana masterclass by Leafy Green Agency mentioned earlier, this program by Hemp Staff is relatively shorter, offering an intense 4-hour cannabis training. Classes are to be held from 10:00 AM – 2:00 PM and will be held LIVE via an Online Webinar.

Despite the short time, the training is incredibly comprehensive. In fact, among the topics that are to be covered in the program include discussions on the specific laws surrounding marijuana dispensaries in New Jersey and New York; the proper communication method and ethics a Dispensary Agent or Budtender must have; how to recommend appropriate marijuana dosage to patients; and, how to manage Point of Sale systems, Inventory Systems and Security in the cannabis Industry.

Other topics on covered the program also include discussions on the medical promises of marijuana, the symptoms it can minimize/alleviate, the endocannabinoid system, the main cannabinoids in cannabis (THC, CBD, CBN, etc.), the different ailments that medical cannabis can be recommended for, and which cannabinoids/terpenes work best for symptoms associated with these diseases, and more.

At the end of the cannabis training, participants will be given a 20-question exam that they must pass with 75% to get their HempStaff Certification. If they do, HempStaff will provide a resume review to help them boost their chances of landing a job in the marijuana industry.

The New Jersey / New York Medical Marijuana Dispensary Training is scheduled to begin in September 12, 2020. Interested individuals must pay $179.00 to participate in the training course.

If you’re interested to know more, you can visit the organizer’s site here: HempStaff

Scheduled to happen on September 22, 2020, the second annual C3 Canna Summit, titled “Transforming Hemp to Healthcare and CBD to Commerce,” is another event that perfectly captures the current state of cannabis in NY, with special focus on the burgeoning industry of CBD.

On the said event, leaders from the government, business, and healthcare sectors are to spend the day listening and discussing topics surrounding CBD as a booming industry – from its challenges down to the tremendous financial opportunities it opens.

To participate, interested individuals are to pay $150 – $1,500. You can learn more if you’re eligible to attend and how you can secure a slot by visiting this page: C3 Canna Summit

October is set to become a big month for New York’s cannabis industry, especially since it is the scheduled month for the much-awaited business-to-business trade show event, called CWCB Expo New York 2020.

On the said event, dispensary owners, growers, suppliers, investors, medical professionals, government regulators, legal counsel, and entrepreneurs will come together to assess the potentials of the market, identify new areas of growth, and seize bigger opportunities.

In particular, the CWCB Expo New York 2020 will consist of various workshops, where attendees can join in-depth and comprehensive classes centering on topics about cannabis. They can also engage in innovative product displays, seize elite networking opportunities, and even attend conferences that will tackle the local landscape, as well as the national outlook, of the cannabis industry.

The CWCB Expo New York 2020 is set to begin on October 1 and end on October 3. To know more about the details of this grand event, you can check out CWCB’s official site by clicking this link: CWCB Expo

Film connoisseur or not, the New York City Cannabis Film Festival is one of the many events you should not miss to see when visiting the Empire State, especially if you want to get a glimpse of how far the development of its local cannabis culture has gone so far.

Specifically, the event was made to showcase the best of cannabis films and provide a safe space for filmmakers and enthusiasts to celebrate Cannabis positive art.

The festival was first launched in 2015 and since then been celebrating entertaining, educational, and experimental film art focusing on reversing cannabis stigmas and bringing awareness to the plant.

Last year, the NYCCFF was hosted at the House of Yes in Brooklyn and included 8 short films, 2 feature films, and 1 web series in its selection. At the time, genres of the films vary from comedy, drama, music video, documentary, and, hybrids. The festival came in four separate screening times (12:00 pm, 3:00 pm, 6:00 pm, 9:00 pm), with tickets costing $30 per session.

Unfortunately, to date, details on when will the next New York City Cannabis Film Festival happen remain unavailable on NYCCFF’s official site. To keep yourself updated in case a schedule has been set, you may want to visit its official site every now and then.

Another event that is sure to let you get a taste of New York’s cannabis social scene is the NYC Cannabis Parade & Rally.

As mentioned earlier, since the legalization of marijuana for recreational purposes remains illegal in New York, it’s not surprising that parades and rallies promoting the legalization of the drug happens in the state every now and then. In fact, the NYC Cannabis Parade & Rally is considered to be among the longest-running marijuana legalization events in the world.

Specifically, the program is divided into three components: The Parade, the Rally, and the After Party. The first two parts involve a four-hour rally from Broadway to Union Square, which features a wide variety of prominent speakers, ranging from activists, elected officials, industry leaders, and more.

After the parade and rally, attendees can enjoy the rest of their day partying with their co-enthusiasts while grooving to a diverse musical line-up.

As noted on its official site, the NYC Cannabis Parade & Rally intends to end the prohibition of cannabis in all levels – internationally, federally, and locally.

The event happens annually and is scheduled to happen next year on May 1.

To know more about the specifics of the event and be updated about possible changes in schedules, line-ups, and location, you can visit the event’s official site here: Cannabis Parade 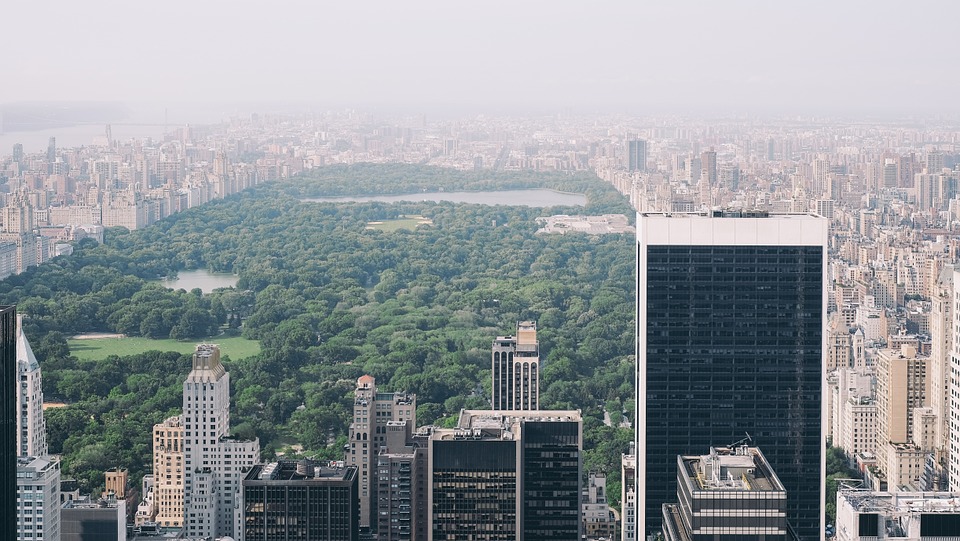 Museums, buildings, and hectic plazas aside, the vibrant and promising cannabis culture of New York serves as another key feature that makes the Empire state a must-visit to many.

Whether you’re a cannabis enthusiast, a medical marijuana patient, an aspiring entrepreneur, or simply a curious individual who finds interest in topics relating to marijuana, experiencing these incredible events firsthand will help you get a glimpse of how rich the communal cannabis scene of New York is.

Which among these events do you fancy attending? 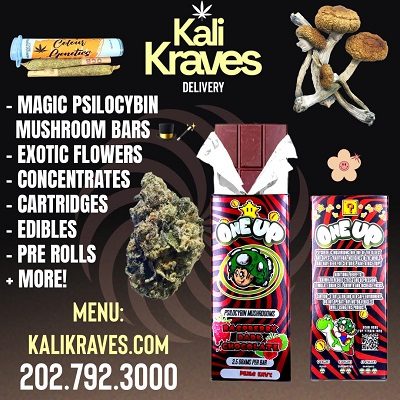 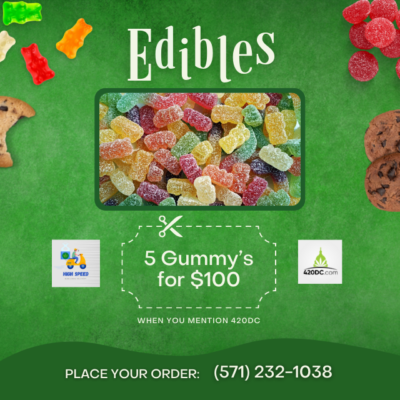 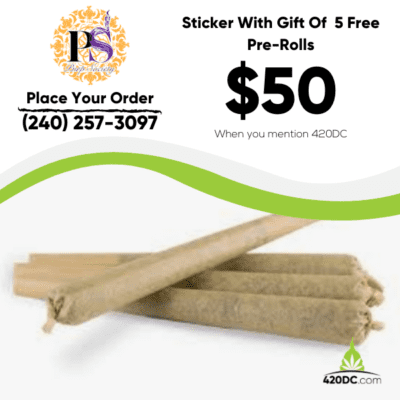 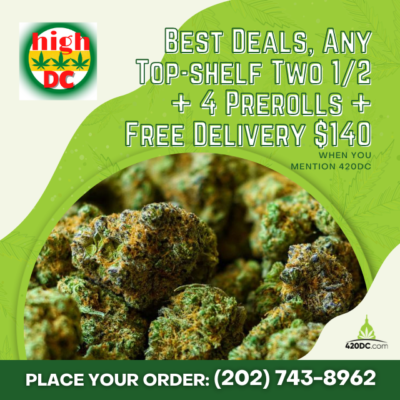 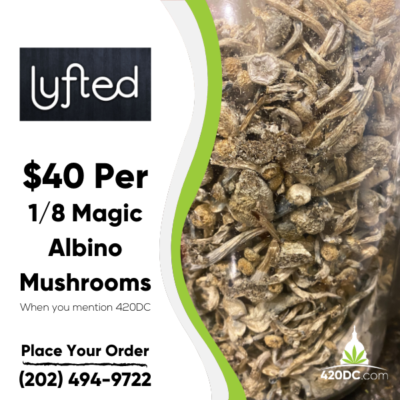 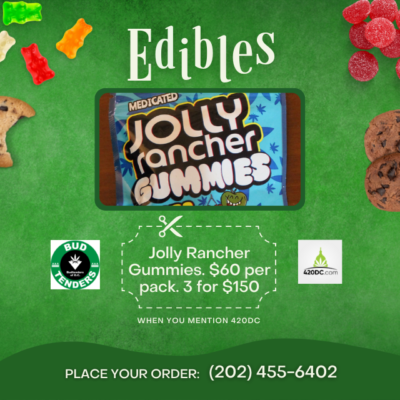 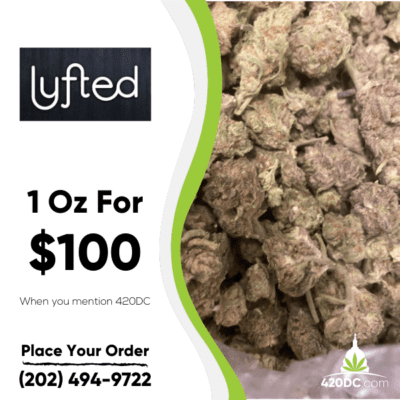