The 3 Best Places To Find Kratom In Washington DC

If you enjoy the medicinal value of marijuana, you may have heard of using another herb with a ton of therapeutic uses: Kratom. From anxiety management to numbing aches and pains, Kratom is just as prevalent in D.C. as good weed. Below, we’ve outlined everything you need to know about the Kratom plant as well as our 3 favorite places to find it in D.C.

Put simply, Kratom is just a tree from the same family as coffee. It’s a naturally occurring plant native to Southeast Asia where it has been used for thousands of years for the medicinal value and recreational effects introduced to the body when the leaves are ingested. According to anecdotal evidence compiled from the personal accounts and medical records of people from the last several thousand years, some of those effects may include anxiety relief, relief from migraines, relief from arthritis, back pain relief, and coping with withdrawal symptoms. Similar to coffee, Kratom is known for an energetic uppity effect, though some varieties are on the calmer side.

There are three major varieties (or strains) that are sold in the form of powders or capsules here in the U.S., including red, white, and green vein. Some other strains include Maeng Da, Spec B, Buntok, gold vein, and Mahakam Maeng Da. Traditionally, kratom leaves are ground into a powder and steeped into a tea or simply chewed on their own, and you can expect to start feeling the effects within 10 minutes. Many people appreciate Kratom for its all-natural wellness value, though each dose only lasts about an hour and a half. Is Kratom Legal in Washington DC?

Way back in 2016, lots of natural substances were banned by the authorities, including CBD and Kratom. However, the laws were amended to allow Kratom in Washington DC in 2018 after the U.S. Farm Bill passed, legalizing hemp and CBD. In DC, it was a little bit of a different story.

A few years ago, Washington DC placed the active chemical compound found in Kratom (7-hydroxymitragynine) under a Schedule 1 controlled substance ban and didn’t really tell anyone. In fact, a few businesses in the capital city were utterly unaware that Kratom wasn’t legal. Some companies were even penalized! Later in 2018, a rally was held to spread awareness and get support for legalizing Kratom in Washington DC After the rally was held, the ban was lifted again in late 2018. If you take a look at the newest version of Washington DC’s Schedule 1 List, you won’t find Kratom or 7-hydroxymitragynine on the list. These alkaloids aren’t considered a danger to people who use it.

Like cannabis and most other plants, Kratom offers its own variety of therapeutic health benefits and recreational uses. Since ancient times, Kratom leaves have been ingested to treat anxiety, coughs, depression, blood sugar levels, pain, and low libido. Some users claim that Kratom helps to numb some of the effects of opioid withdrawals, stop diarrhea, and reduce hypertension, though further scientific study is needed to back all of these claims.

Science does agree that the two alkaloid compounds found in kratom leaves, mitragynine and 7-α-hydroxymitragynine, interact with the opioid receptors in our brains. By stimulating and antagonizing these receptors, Kratom can help the brain produce sedation, pleasure, and decreased pain as well as boosting, energizing effects. In the same way, it can help modulate blood sugar and pressure levels.

Constipation is a common side effect of Kratom, making it a go-to for acute diarrhea. However, it’s most commonly used for its mental boost and gentle numbing sensation, which can help soothe nerves and anxiety. The psychological lift is also suitable for acute depression, though it won’t do anything for clinical depression caused by chemical imbalances.

Keep in mind that Kratom affects everybody differently. Some people may have a naturally high tolerance to it, while others won’t be able to use it at all safely. Since Kratom in Washington DC isn’t regulated by the FDA, you should always consult with your doctor to determine whether or not Kratom will be safe and effective for you and your symptoms.

Read Also: 7 Places To Get High-Quality CBD Products In DC

As an unregulated substance, Kratom in Washington DC can be a bit of a mystery. It’s difficult to dose and easy to misuse, and the effects aren’t well-documented outside of anecdotal reports from other users. All bodies process and metabolize substances differently, so some may have great success with Kratom, while others won’t experience any effects. Most importantly, Kratom isn’t safe to take with alcohol and has dangerous interactions with SSRIs and mood-stabilizing medications.

There are other possible side effects when taking Kratom, including loss of appetite, constipation, inflammation, and liver and kidney damage. It shouldn’t be taken with THC or other psychoactive substances, as this interaction may cause seizures. Taking Kratom with other opioids can create an entourage effect that could lead to a life-threatening overdose or even death.

While many claims are made about the benefits of Kratom, few are substantiated by science. However, thousands of years of anecdotal evidence aren’t entirely wrong. Always consult your doctor before beginning a new regimen of dietary supplements like Kratom.

How much Kratom should I take?

Your Kratom dose will depend on a few different factors, including your overall health, age, and size. Finding a good dose can be complicated because each variety contains varying levels of active compounds. However, this information is critical to navigating natural products since they’re not always safe in higher doses. Make sure you always follow the information on labels and talk to your doctor before using Kratom in Washington DC.

Unless your products are tested, most of the time, it isn’t possible to get a good feel for an accurate dose. Like edibles, you’ll want to start with a very low dose and slowly work your way up until you know what dose is useful for managing your symptoms without adverse side effects.

If you’re new to Kratom, start at 2-3 grams and ingest it on an empty stomach. Most users take Kratom first thing in the morning or a few hours after their last meal of the day. After your first dose, wait about an hour and see how you feel. If you feel like you need more, eat another gram or two. Always wait an hour before taking more Kratom. If you weigh less than 150 lbs, you should start at a lower dose around 1.5 grams. Starting lower will help you to avoid tolerance issues and negative side effects.

With lockdowns all across the country, ordering Kratom online is your best solution. We recommend Kraken Kratom as they have the largest and highest quality selection of Kratom & Kava anywhere online.  They have 2 day shipping so it will come quickly. Shop Now.

There are a few places in D.C. that offer Kratom but few advertise it. These three are our favorite places to grab high-quality Kratom in so when you go make sure you tell them 420DC sent you. 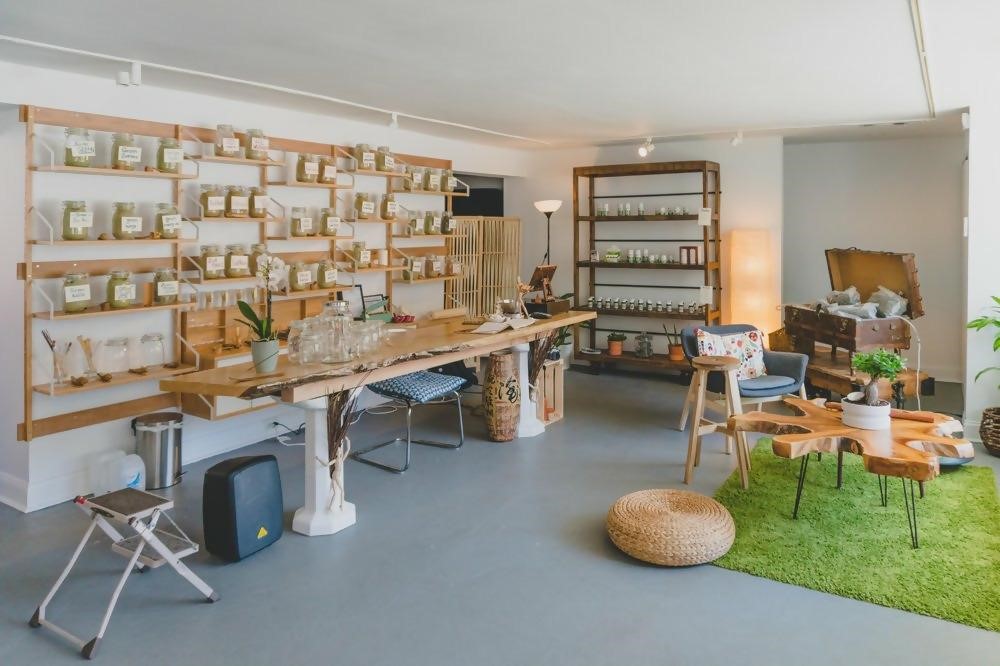 As the name suggests, Qi Kratom Tea specializes in everything Kratom including powder, leaves and kratom-infused tea. Conveniently located on U street its accessible by metro or scooter. When you walk in the shop you encounter a zen-like apothecary with jars full of natural remedies and rare medicinal herbs from around the world. They offer all three varieties of Kratom including Red, Green, and White vein so you can see which one you like best.  The vibe is very relaxing and the staff is very knowledgeable and they can answer any of your questions as well as offer recommendations. Make sure when you ask about their special selection of rare healing herbs you tell them 420DC sent you. 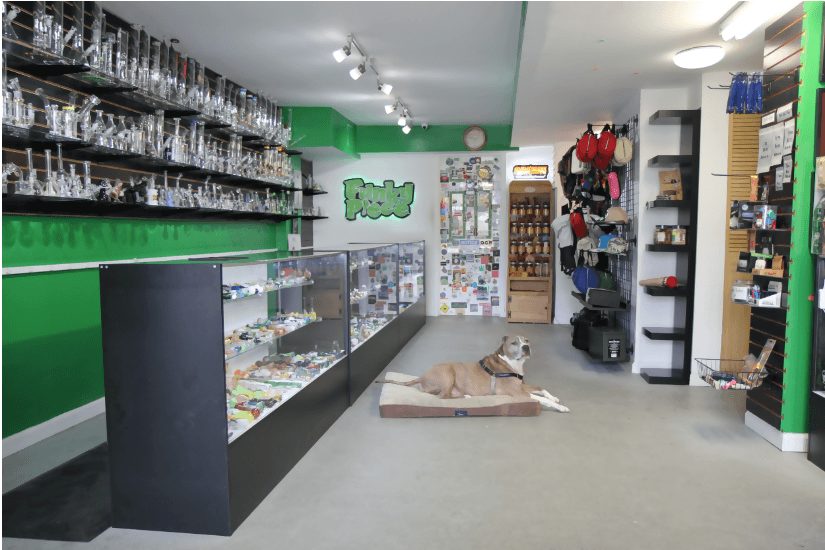 Funky Piece is one of D.C.’s best smoke shops that has expanded its inventory into Kratom. This staple shop is located in Adams Morgan and offers all of your smoke essentials, including different types of Kratom. You can also pick up some bud and a bong when you go but but make sure you mention 420DC if you want the goods.

Check out either of their locations in Adams Morgan and Bethesda: 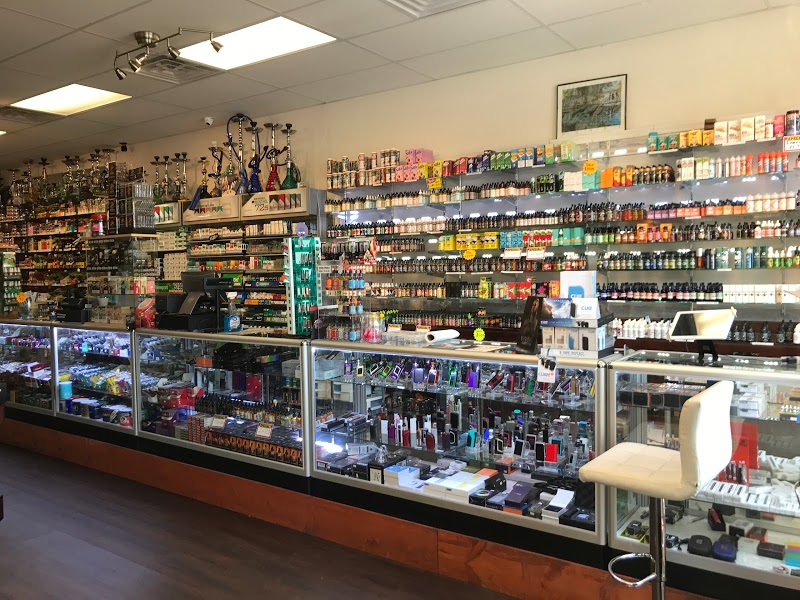 Tobacco King has been in business since 1999. Aside from Vape juice, cigarettes and cigars, Tobacco King also offers Kratom. The kratom selection is pretty noteworthy They have a few locations in DC & VA but regardless of which one you goto make sure you mention 420DC.

Have you tried Kratom before? What was your experience? Let us know in the comments. 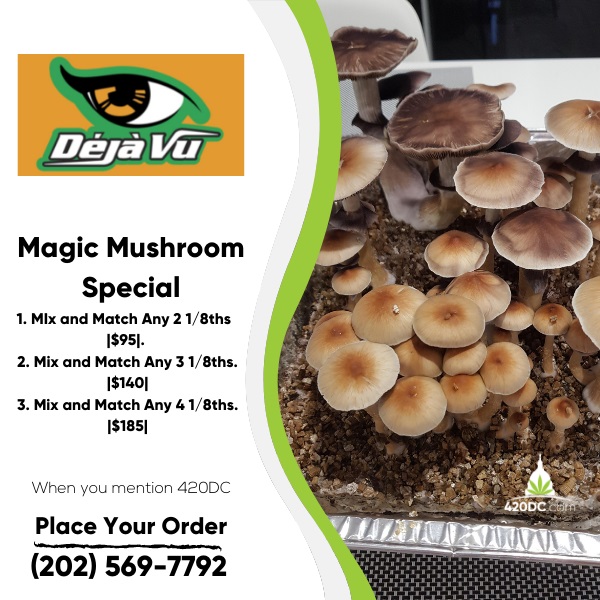 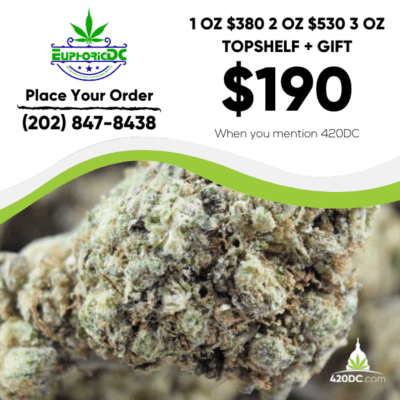 Half Oz Of Spliff Runtz For $200 ZAZA 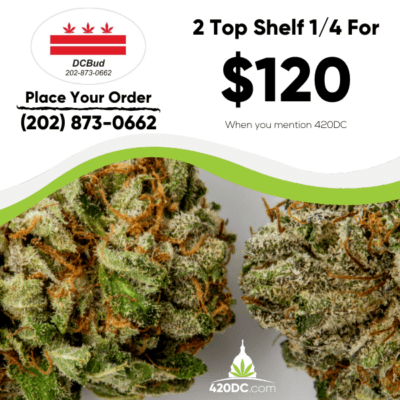